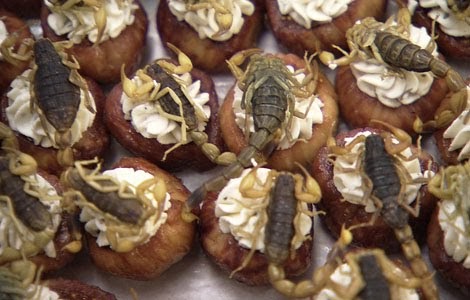 OK, I know it’s a strange title. In a previous life, long before my thrifty retirement, I was a florist. I’m certain that influenced what I am about to relate.

Because we are retired and we have shopped for groceries for decades, I’m sure we have all, at one time or another, bought a bunch of celery and had it go limp before we could use it all. The same is true of romaine or other head-type lettuce, not to mention asparagus. Well, once upon a time, I decided I wasn’t going to throw out the celery. (Imagine! Me, the queen of thrifty retirement, not wanting to toss perfectly good food.) I decided celery is a plant, and plants draw water, so why wouldn’t celery draw water, as well? So I cut the end (about an inch or a bit more) off the entire stalk, filled a tall plastic pitcher with about four or five inches of water, and plopped the celery down into it. I put it back in the fridge and forgot about it.

Lo and behold, when I opened the refrigerator a few hours later, the celery was good as new! I was amazed! The stalks were all firm and crisp, and all were standing up straight. I had saved the celery! I felt like Superwoman. Ever since then, that is the way I treat celery from day one, and it lasts for weeks.

We have all seen asparagus displayed in grocery stores standing straight up in beds of ice. This is a similar principle, although it works much better if the stalks are in water. Treat them the same way as celery. Cut about an inch off the end of the bunch and place it in a narrow container of water. I find a 4-cup measuring cup works quite well. The asparagus will stay fresh for several days like this.

I had never had to try this technique on lettuce until a few days ago. I bought a head of romaine, and because the produce drawer was full, I laid it on a shelf in the open fridge. Oops. By the next morning, it had gone completely limp. Now, this was a brand new head of lettuce! So I cut the end off it and put it in a narrow bowl of water (I used my small mixer bowl). By mid-afternoon, the romaine had completely recovered and looked just beautiful. It looked like a giant green rose!

I guess I should explain the title of the article. When my husband came home on the evening of the first celery revival, he opened the refrigerator and commented on my “celery farm.” That’s what we’ve called it ever since-the celery farm.

So don’t throw out any more tired celery, exhausted asparagus, or limp lettuce. Choose a fun way to preserve your vegetables. As we retire on the cheap, fresh produce is both too good and too expensive to toss out. Start your own celery farm and reap the savings!