What Vegetables Are GMO And Why You Shouldn’t Buy Them 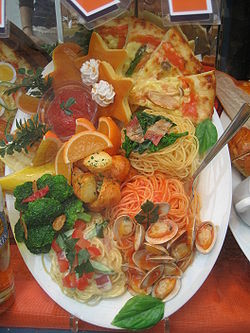 A genetically modified vegetable or fruit is actually far different from the organic stuff we see in our gardens. GMO vegetables are actually plants that were genetically-altered, as scientists have changed their gene structure, to either make the vegetable resistant to drought or excess water, as well as to make the vegetables pest-resistant. However, critics of GMO technology argue that GMO crops and food items pose a number of potential health and environmental hazards, which genetic engineering companies have failed to inform the public. Here are a number of reasons why you shouldn’t buy GMO vegetables, grains, and fruits.

The aim behind the development of genetically engineered vegetables and fruits was to create crops that had longer shelf lives, were resistant to drought and flooding, and offered better resistance to insect pests. Let’s examine the case of genetically-modified rice for instance. GM rice and GM corn have been genetically modified to resist herbicides, and to add higher levels of beta-carotene, which the body uses to produce vitamin A. However, the commercial release of GM rice and corn has yet been put on hold, as it still continues to undergo testing to determine if it’s safe for human consumption.

Genetic engineering critics stress that the best way to stay healthy is to avoid consuming GMO corn, rice and other crops. GMO critics argue that it would be better if consumers opt for organic foods over genetically-modified food items. Food items that are labeled “organic”, according to the United States Department of Agriculture, must be produced without using any chemical fertilizers or genetically-altering chemicals and substances. Organic food items should only derived from natural sources.

See also  Why Should You Use CBN Oil Products?

Another way for steering away from GMO vegetables and fruits is to avoid commonly-modified crops like canola oil, soy, corn and beet sugar. The problem is that many food items found in grocery shelves today contain any or all of these items. Before buying any produce in the grocery, carefully read the labels to verify the contents of prepared or package food items. It would also help if you try eliminating or reducing sugar from your diet, as sugar from beets is commonly added to packaged desserts, candies and cakes. Instead of white sugar, use honey, molasses or honey to sweeten your food.

Among the commonly genetically modified crops and vegetables include soybeans, corn, rapeseed and canola, ge sugar beets, rice and dairy. Genes taken from a certain bacteria are often inserted into soybeans to make them resistant to herbicides and insects, and two varieties of genetically-engineered corn are marketed today. To ensure that you buy purely organic vegetables and fruits, source them from organic markets and shops, and obtain a GMO vegetables list from the US Department of Agriculture, and from other natural health and wellness advocates.